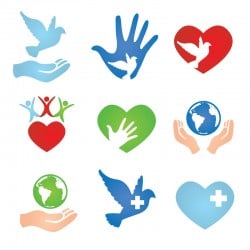 In recent years, the rise of the global economy has propelled the breakdown of barriers to doing business internationally.  In the philanthropic arena, foreign NGOs (non-governmental organizations) seeking to spread their charitable aspirations and enhance fundraising, have followed suit by establishing affiliated organizations in the United States.

In launching such an organization beyond its native borders, NGOs often find themselves in cloudy legal waters.   The primary issue when establishing a US presence centers on the amount of control the foreign parent can exercise over the newly formed US entity.  What can prevent the American fledgling from running rogue, ignoring the mandate of the parent charity, and possibly even harming the foreign NGO’s reputation?  What can prevent the US organization from spending the funds it raises in a way that defies the parent NGOs wishes?    The following is a brief illustration of some of the ways to solve or at least mitigate these concerns.

Foreign NGOs often find that the United States is fertile ground for fundraising, research and other activities related to its purposes.  When they seek to raise funds here, they want American taxpayers to receive a tax deduction for their donations.  To do so, NGOs often establish what is commonly referred to as a “Friends of” organization, taken from the common use of the wording “friends of” in the organization’s name, such as American Friends of the Louvre or American Friends of Bucerius.  Typically, the parent organization tries to retain as much control over the US counterpart as possible  to ensure compliance with the foreign entity’s charitable goals.

Of utmost significance to this “control issue” is the IRS mandate that in order for donations from Americans to be tax-deductible, the US entity receiving the donations cannot be organized and operated solely as a “conduit” to solicit earmarked funds on behalf of a pre-existing foreign entity. If the IRS determines that the US charity is such a conduit, it will disregard the US charity in determining the deductibility of donations and rely on the tax status of the end recipient of the funds.  If the recipient is not tax- exempt as is the case with the majority of foreign NGOs, then there is no tax deduction to the donor.  Furthermore, the IRS can rescind the tax-exempt status of a US Friends of Organization if it finds that its sole purpose is to raise and transmit funds to a non-exempt entity.

To avoid being deemed a conduit, the US “friends of” organization must maintain discretion and control over the funds solicited within the United States.  It may be that the US organization primarily directs its funds to support the foreign institution, and may even disperse all grants to it. But to avoid conduit status, all funding decisions must be made on a per-grant or per-project basis by the US charity, and cannot be explicitly promised or committed to the foreign institution as part of the organization’s legal structure. In other words, the US organization must have the right to say no to the foreign parent.

With this in mind, there are a variety of ways in which to structure the legal relationship between a foreign institution and its American offshoot in order to retain some form of control such that it preserves the tax deduction for US donors.

In my experience, the optimum way to achieve this goal is through the US charity’s bylaws.   The bylaws name the foreign NGO as the sole member of the US charity with the right to appoint and remove all directors at will.  These appointed directors may or may not be persons on the foreign entity’s own board.  This structure allows the NGO to replace directors if they are not fulfilling their charitable purpose[1] or if they are harming the reputation of the foreign NGO. Hopefully, if they do have to be replaced, the new directors uphold and protect the parent’s vision[2].

If the NGO has used the name of the US charity in interstate commerce, it can register the name as a trademark in the US.  Usually, this is possible when a NGO has been fundraising or conducting other activities in the US prior to forming the American entity.  If the NGO qualifies for trademark protection, it can then license the name to the US organization. The terms of the license can include requirements to support the charitable programs and maintain the NGO’s reputation.

In the event of a breach of the agreement, the NGO can subsequently disallow the US charity from using the name.   While the US charity will remain a tax-exempt entity, it will be required to change its name which could have serious adverse effects.  This action frees the NGO to start another charity and license the trademarked name to it. [3]

Many US charities and foreign entities draft “affiliation” agreements to limit the activities of the US charity.  While these agreements can be enforceable, they must give the US charity enough discretion over its operations and funds to avoid being deemed a conduit by the IRS, thus resulting in the loss of tax exemption and/or the disallowance of tax deduction to donors. The agreements must be carefully tailored as it is possible that the cumulative control the NGO retains can tip the scales into making the US charity a “conduit” when the separate provisions of the agreement will not.

There are hundreds of foreign NGOs which have established US charities to support the their goals and further their missions. To do so successfully, it’s wise to establish a solid foundation that will help the organization to continue to raise tax deductible donations in the United States.

[1]NGO should not replace directors if the organization fails to give money to the foreign entity. This could be considered an abuse of control and could lead to a loss of the US entitiy’s tax exemption.

[3] THE NGO and the new charity must be transparent with any donors, vendors and other interested parties. Notice should be given that the new US entity is not affiliated with the old US entity that is barred from using the name.