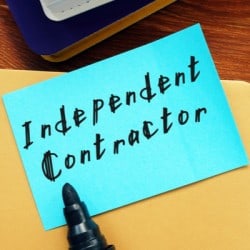 On September 22, 2020, the U.S. Department of Labor announced a proposed rule, with the intention of clarifying the definition of “employee” under the federal Fair Labor Standards Act (FLSA) as it relates to independent contractors.  If adopted, the rule would make it easier for employers to classify workers as independent contractors under the FLSA.

What Change Would the Rule Bring?

The U.S. Department of Labor (DOL)’s proposed new rule would:

What Should Employers Do Now?

Nonprofit organizations and businesses have an opportunity to provide public comment on the proposed rule until October 26, 2020.  Even if the final rule is substantially unchanged from the proposed rule, organizations should remain mindful that their respective State Departments of Labor and court rulings relating to State labor laws and wage orders may impose stricter definitions or interpretations of “independent contractor” than under the FLSA.  Therefore, employers should speak with their legal counsel before determining whether a worker is properly classified as an independent contractor rather than an employee to help minimize legal risk.