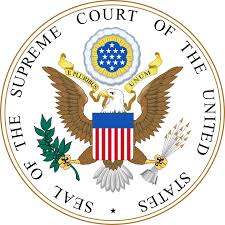 On June 23, 2016, the U.S. Supreme Court upheld the race-conscious admissions program at the University of Texas at Austin (“UT”). Prior to its decision, the constitutionality of the program remained in doubt because Justice Kennedy, a frequent swing vote on the court and author of the 4-3 decision, had previously demonstrated skepticism towards race-conscious programs. Justice Kagan recused herself due to her prior involvement in the case.

Justice Kennedy, writing for Justices Ginsburg, Breyer, and Sotomayor, upheld the constitutionality of the UT affirmative action program, and reiterated the factors educational institutions should consider when implementing a race-conscious admissions program.

The Court assessed UT’s race-conscious admissions program against the “controlling principles” it set out in a prior decision on the program. Those principles include:

The Court noted that a goal of attaining “diversity” writ large would be insufficient on its own, but a program that encourages the promotion of “cross-racial understanding, helps to break down racial stereotypes, and enables students to better understand persons of different races” and “better prepares students for an increasingly diverse workforce and society” passes constitutional muster. Certain types of race-conscious programs, such as those that seek to admit a particular number or quota of minority students, remain prohibited.

Educational institutions that want to create a similar admissions program should note the way in which UT implemented its program. As required by prior Supreme Court decisions, UT only considered race within a holistic review of an applicant’s file, while also taking into consideration numerous factors such as test scores, high school grades, essays, letters of recommendation, artwork, writing samples, and the applicant’s potential contribution to UT’s student body through extracurricular activities, community service, and other special circumstances. The UT race-conscious admissions program created several tiers of review which provided each applicant a score, and established cut-off scores for admission, whereby every applicant whose score exceeded the cut-off was admitted, regardless of race.

Looking to the future it appears unlikely that the Court will place greater restrictions on race-conscious admissions programs. There are currently five Justices (assuming Justice Kagan participates in future cases) who support the inclusion of race as a factor in admissions programs and therefore enough support to ensure its survival in the near-term.