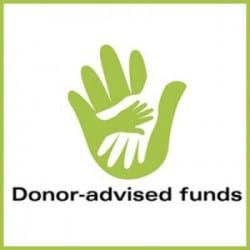 The IRS has proposed regulations which, if enacted, will confirm its position that donor advised funds (DAFs) are barred from paying for tickets to charitable events on behalf of the donor advisor. A DAF is a giving vehicle established at a public charity (referred to in the regulations as the “sponsoring organization”). It allows donors to make a charitable contribution, receive an immediate tax deduction and then advise the DAF on grants to be made from the fund over time (hence the term “donor adviser”). Donor advisors can contribute to the fund as frequently as they like, and then advise on grants to their favorite charities whenever it makes sense for them.

Some donor advisors request the DAF to purchase a ticket to a charitable event, such as a gala, in order to support a charity of their choice. Typically, such tickets cost more than the fair market value of what the purchaser receives in return, such that when purchased directly (not through a DAF), the purchaser enjoys a tax deduction on the price of the ticket exceeding the fair market value.

The proposed IRS regulations place the primary burden of compliance on the donor advisor, who would be fined if the funds in the DAF were used for ticket purchases. Potential excise taxes may also be imposed on any fund manager of the sponsoring organization who authorizes such a payment knowing it would confer a prohibited benefit. Charities and DAFs should take note and bar these types of payments, as donors may unwittingly advise DAFs to pay for tickets and in so doing, putting the donor advisor and the sponsoring organization at risk of being fined. This might sour relations between the donor and the sponsoring organization. Charities and DAFs are therefore advised to take affirmative steps to ensure that any donations made by DAFs are prohibited from being used to purchase event tickets.