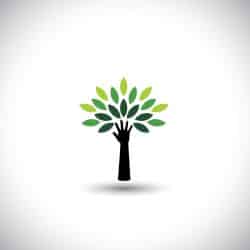 Nonprofit board members face special challenges when a corporate entity is designated the sole member of nonprofit. As evident in recent legislation enacted in New York State at the end of 2018 that prohibited individuals from being the sole members of New York nonprofits, there are unique risks to structures where a tax-exempt entity’s board is effectively controlled by other entities or individuals.

While New York’s new law doesn’t affect nonprofits that are controlled by other nonprofits[i], the reasoning for New York’s change is instructive. It grew out of regulators’ and lawmakers’ concerns that a sole member structure is susceptible to abuse – a nonprofit controlled by one or two people is more likely to engage in self-dealing or private benefit transactions, both of which are prohibited under state and federal law.

New York’s restrictions on sole member structures comes at a time when charities regularly use corporate sole member structures as part of a variety of major transactions and strategies. Typically, the arrangement is used by a large, well-funded nonprofit that is either (i) forming a new entity in which to house a new activity, or (ii) taking control of an existing nonprofit.

What is a sole member nonprofit?

Modern nonprofits are typically run by a board of directors that is self-sustaining – that means the board elects new directors to fill empty board seats. Historically, however, a nonprofit was a membership corporation and the “members” were responsible for electing the board. Who the “members” differed from organization to organization, but the members met at least annually and took an active role in electing the board of the organization. A good modern analogue is a labor union – the membership is active in electing the leadership, so even though the Board is still responsible for overseeing the union’s activities, the members can keep the Board in check. A membership structure parallels the shareholder structure of a for-profit corporations, where shareholders elect directors to the Board but are removed from the corporation’s day-to-day operations.

Many states’ laws still allow one person, or one corporation, to be the “sole member” of a nonprofit, retaining the right to elect and remove directors. There is no federal prohibition against that structure, provided that the controlled nonprofit and its Board observe all of the other rules applicable to 501(c)(3) organizations. The sole member structure, therefore, has been popular as a way to give individuals or large nonprofits the ability to keep control over a subsidiary nonprofit.

How are sole member nonprofits useful?

Most founders use this veto power for good. The founder, who is passionate about the organization and its mission, is especially sensitive to mission creep. If they sense that board members are not pulling their weight or are moving the nonprofit in the wrong direction, the sole member can appoint new board members and remove the bad ones to get the nonprofit back on track.

Transaction costs are also much smaller in a change of control transaction involving a sole member compared to a traditional merger or acquisition – a sole member transition often requires little more than a minor revision to the bylaws to provide for a sole member. A formal merger with, or transfer of assets to, a larger nonprofit often requires regulatory approval and generally entails more legal fees and staff time to implement.

Sole member structures can be very useful, especially when trying to quickly take over a nonprofit or when structuring a new organization to ensure it can be controlled going forward. It can also be an intermediary step to a full merger transaction.  But let’s step back for a minute to consider some of the practical and legal issues that can arise with sole member structures.

Donors want to know where their money and support is going. They want to feel like they understand the values of the organization they support and who is responsible for making decisions. That’s why nearly every nonprofit website includes an “About Us”, “Board”, or “Team” page that lets donors know who is in charge. By introducing a sole member structure, you risk confusing donors if the relationship isn’t clearly defined. Donors, especially your biggest donors, do not want to call up a board member to discuss a major decision, only to learn there’s another entity the donor has never heard of that controls the board.

When staff members see a new organization come in as sole member, it can create anxiety about how operations will change. Nonprofits should clearly message what functions will and will not change. Similarly, governance, HR, and oversight functions should be reviewed to see how to efficiently operate with closely related organizations. In some scenarios, leaving in largely separate systems might make sense, whereas in others the new sole member might displace a number of the controlled nonprofit’s overhead functions.

Another possible solution is for certain board seats to be reserved for independent board members, individuals who are NOT appointed by the sole member. This will likely be limited to a small minority of the Board, but a small number of directors can play a big role in providing assurance to the whole board that transactions, including ones with the sole member, are in the best interests of the controlled nonprofit. Independent directors can also be useful barometers of the board’s performance and governance.

Internally and externally, the sole member and the controlled nonprofit should make sure it is clear how the entities are related and how they work together. Donors deserve to know if money given to one organization will end up supporting another organization (albeit indirectly). Regulators want to know that transactions are properly and fairly approved. Staff need to know to whom they are answering and who is setting policy internally.

Corporate sole membership structures can be useful to all everyone involved. They can help grow and manage complex organizations. Sole member structures can also mitigate legal exposure to their parent nonprofits. As with anything, board members should be prudent when contemplating a sole membership structure. Potential pitfalls can be mitigated by embedding certain structural safeguards to protect the controlled nonprofit’s independence, which should ultimately provide reassurance to the boards of BOTH organizations that a healthy corporate structure is in place.

[ii] There are many other options (such as an LLC) that could accomplish this goal, but we won’t get into those in this article.