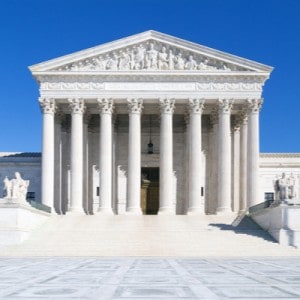 The question may be answered this year as a significant donor privacy case will be going before the United States Supreme Court.  On January 8th, 2021, the Court granted a writ for certiorari for the Ninth Circuit Court of Appeals decisions in Americans for Prosperity Foundation v Becerra and the Thomas More Law Center v Becerra. [1]. By granting certiorari the Court has signaled its concern about legitimate constitutional questions involving the disclosure of donor information to the States.

The cases are founded on the similar legal challenges to California’s insistence on nonpublic filing of donor information. The cases have been consolidated and the question presented for consideration is: Whether the scrutiny this Court has long required of laws that abridge the freedoms of speech and association outside the election context—as called for by NAACP v. Alabama ex rel. Patterson, 357 U.S. 449 (1958), and its progeny—can be satisfied absent any showing that a blanket governmental demand for the individual identities and addresses of major donors to private nonprofit organizations is narrowly tailored to an asserted law-enforcement interest.

Freedom of Association and Free Speech
A discussion of government infringement of donor privacy inevitably begins with the seminal case on the First and Fourteenth Amendments rights of freedom of association. In 1958, the National Association for the Advancement of Colored People (NAACP) challenged an Alabama state court order that required the NAACP to reveal the names and addresses of its local Alabama affiliate’s members. When they refused to comply, the Court issued an order preventing the NAACP from conducting business or further activities in the State and levied a $100,000 fine for contempt of court.

Behind this refusal was the justified fear of violent retaliation from white supremacists against members of an organization actively fighting to overthrow Jim Crow laws. The NAACP appealed the decision to the Supreme Court[2] which overturned the State Court decision ruling on grounds that as applied to the NAACP, the disclosure requirement violated the First Amendment right to association, which is ” an inseparable aspect of…freedom of speech.”[3]

Some sixty years later, Citizens United (a 501(c)(4) advocacy organization) and the Citizens United Foundation (a 501(c)(3) charitable organization) brought a challenge to enforcement by the New York Office of Attorney General of the requirement to submit an unredacted copy of the annual IRS 990 Information filing required of most 501(c)(3) and (c)(4) organizations.[4] The Form 990 contains a disclosure schedule listing the donors to the organization whose gifts exceeded $5,000 in the reported fiscal year. This section of the Form 990 is known as Schedule B. While federal law requires that the Form 990 be made public, it specifically exempts public disclosure of the donors listed in Schedule B.[5]

Importantly, the compliance registration required of most nonprofits soliciting in New York State must be made prior to seeking support from New York State residents. Such appeals are often inseparably intertwined with persuasive speech and as such they are fully protected under the First Amendment as a core free speech right.[6]

The Citizens United groups argued that enforcement of the reporting regulations violated their First Amendment rights in two ways: 1) by creating a climate of fear among donors that limits their ability to raise the funds to promote controversial causes and 2) by operating as a prior restraint on their ability to ask for money. They also argued that these regulations are preempted by the Internal Revenue Code’s disclosure rules and that the Attorney General went beyond his authority by including 501(c)(4) organizations in the regulations’ definition of ” charitable organization.”

Challenges were brought on First Amendment grounds as a facial challenge (the regulation is unconstitutional regardless to whom it is applied), as applied (it is unconstitutional as applied the Citizens United organizations) and due process (the change in the enforcement regime was made without proper notice to those effected).  The United States Second Circuit Court of Appeals held “It is well established that the Schedule B policy must satisfy exacting scrutiny, [b]ecause the Schedule B policy is a disclosure requirement and there is a substantial relation between the disclosure requirement and a sufficiently important governmental interest.”[7]

The Court applied the intermediate or exacting scrutiny test rather than the more stringent strict scrutiny test used to determine content-based restrictions of governmental regulation of free speech activities. The latter requires that such government action be narrowly tailored using the least restrictive means possible to serve a substantial government interest. Exacting scrutiny requires only that the government demonstrate “a substantial relation between the disclosure requirement and a sufficiently important governmental interest”[8] citing an earlier decision in the same case. [9]

Notably, prior to the New York’s enforcement of its regulations requiring the filing of the full Form 990, including an unredacted version of Schedule B, no other state had attempted to enforce such a requirement. (Currently, New York, California and New Jersey require disclosure of the Schedule B – pending the outcome of the current case before the Supreme Court.)

Enter California
In 2010, the California Registry of Charitable Trusts began issuing deficiency letters to charities demanding that they submit their Schedule B as part of their annual registration renewal.  The Registry sent about eight thousand Schedule B deficiency letters to various charities, creating a de facto requirement that the tens of thousands of charities registered in California must annually submit Schedule B to the State in order to renew their registrations. California assured the charities that the confidential donor information contained in Schedule B would remain confidential and would not be publicly disclosed. Despite such assurances, litigation brought by the Center for Competitive Politics (now the Institute for Free Speech), Americans for Prosperity Foundation and the Thomas More Law Center uncovered at least 1,778 Schedule Bs that the Registry had posted online. In one notable instance involving a well-known controversial cause, the Registry posted the Schedule B for Planned Parenthood Affiliates of California, Inc. which included the names and addresses of hundreds of large donors.

The Americans for Prosperity Foundation won at the district court level after Judge Manuel Real agreed that the documented history of violent threats against the group’s members, donors, and leadership meant it should not be forced to turn over its list. That decision was later overturned by the U.S. Court of Appeals for the Ninth Circuit, having consolidated both the Americans for Prosperity and Thomas More Law Center cases. After reviewing the evidence, The Ninth Circuit held that neither organization had established that the requirement to submit to the State, on a confidential basis, the same limited information they must report to the IRS each year would have a chilling effect on charitable contributions.

The Ninth Circuit also determined that collecting Schedule Bs serves the State’s interests in detecting fraud and other abuses and that the alternatives of case-by-case audits or subpoenas would compromise the State’s law enforcement interests. The State’s confidential reporting requirements thus survived “exacting scrutiny”.

Petitioners, in their appeal to the Supreme Court, argued that the court departed from decades of precedent and the Attorney General must show such a blanket demand is narrowly tailored to advancing the government’s purported law-enforcement interests. The decision prompted sharp disagreement on the Ninth Circuit, with five members of that court dissenting from denial of rehearing en banc when additional evidence of harm was presented by the charities.  The Ninth Circuit purported to apply “exacting scrutiny,” while jettisoning any requirement that California “narrowly tailor” its chosen means to fit its asserted ends as required by the “strict scrutiny” test.

State Donor Disclosure Landscape
According to the Philanthropy Roundtable, in 2020, fifteen states have considered twenty-nine donor-disclosure bills that would threaten donor privacy for 501(c)3 organizations. Just four of these bills remain active, with the rest failing to advance in the legislative process.

On the other side, seven states advanced donor-privacy legislation in 2020—six of them using the “Personal Privacy Protection Act,” which prevents state and local officials from demanding nonprofit donor information without a subpoena, or nonprofits from disclosing donor information they might possess. Similar legislation was originally passed by the Michigan Legislature in late 2018, though it was vetoed by the outgoing governor. Mississippi passed the Personal Privacy Protection Act in 2019 as did four other states which introduced similar legislation in 2020: Louisiana, Oklahoma, Utah, and West Virginia. In each, it was supported by broad bipartisan majorities and coalitions of organizations spanning the ideological spectrum, including state chapters of the American Civil Liberties Union and Americans for Prosperity. In addition, in three states, Iowa, Nebraska, and Tennessee, lawmakers have introduced bills that would bar public agencies from publicly disclosing identifying information about nonprofit donors. The bills would prohibit public agencies from: (1) requiring tax-exempt 501(c) groups to provide public agencies with personal identifying information about their donors, members, supporters or volunteers, and (2) releasing any personal identifying information public agencies might possess.

In a recent case focused on political advocacy, the Rio Grande Foundation (a free-market think tank in New Mexico, organized as a 501(c)(3) charity) filed a lawsuit in December 2019 challenging a law that would force it and other nonprofits to disclose donors if an organization engaged in issue advocacy mentioning anyone who is a candidate for office. An additional wrinkle in the universe of donor disclosure regulations.

And the Winner is….
Despite some legislative and judicial victories, Philanthropy Roundtable and other organizations argue that the vital right to donor privacy remains under assault in a variety of venues across the country.  Thus, the philanthropic sector needs to be vigilant and ready to act quickly whenever activists and politicians seek to diminish the right to donate anonymously to charitable organizations and civic causes.

Whether the Supreme Court will find in favor of donor privacy no one knows for sure. A number of leaders in the philanthropic arena and various other pundits predict that the Court, with its conservative majority, will rule against California in a 5-to-4 decision. But Free Speech cases bring together unusual bedfellows, so my prediction is that the decision will not break along lines of political ideology and the Court will rule against California by a 7-to-2 majority.  The one thing that is certain, the outcome of this interesting and important case will set the future course for state oversight of donor disclosure and privacy.