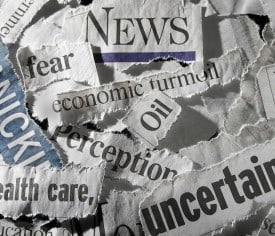 This is the first in a series of articles about lessons to be learned from stories in the news.

August 9, 2019 – Politico – Liberty University [1]
Disclaimer – This article discusses the nonprofit governance principles at issue in publicly-reported allegations in an attempt to glean a clear lesson for current and future nonprofit leaders. We have no knowledge of the truth of the facts in the article discussed, and merely reference them for purposes of discussing nonprofit governance issues applicable to nonprofit leaders.

On August 9, 2019, Politico Magazine posted an article about alleged discontent by current and former Liberty University officials. The article described governance issues related to a variety of matters ranging from real estate deals, loans, political events, and the evolution of Liberty University since the death of its founder, the Rev. Jerry Falwell Sr. in 2007.

The overarching theme from the article – issues that arise from control over a major nonprofit institution by a family, or perhaps one person – can provide lessons in governance for the sector. In the paragraphs that follow, I’m going to walk through some of the allegations from the Politico article in order to highlight key governance lessons for nonprofit leaders.

Overview of the allegations
One of the undisputed statements in the article is that Jerry Falwell Jr., currently the President of Liberty University, is central to the University’s revenue-generating activities. Also undisputed is that the University’s finances have dramatically improved under Mr. Falwell Jr.’s leadership, ballooning from assets of $259 million in 2007 to $2.5 billion in 2017. Understandably, these two factors may have generated substantial goodwill and a certain level of trust from the University’s trustees, who have faith in their President’s ability to grow the University and reach more students.

What gave rise to concerns of some current and former University officials, and scrutiny from the media, were transactions in which Mr. Falwell Jr. was allegedly steering university business opportunities to his friends and family. As I discuss in the paragraphs that follow, there are steps that other similarly-situated nonprofits can take to help avoid these types of conflicts of interest, or, if they do arise, provide evidence to reporters and concerned staff that the nonprofit’s dealings are fully above-board.

A Powerful President
One detail that is clear throughout much of the recent reporting on Liberty University is that Mr. Falwell Jr. is the main decision-maker at the University[2].  Major strategic decisions, such as where and when to make substantial investments of the University’s time and resources in the near and medium term, seem to have begun and ended on his desk. This raises the question – what is the appropriate role of the President of a nonprofit organization vis-à-vis its Board?

It’s not uncommon for a Board to give its President a substantial amount of authority, especially where the President has a track record of success. While the Board bears ultimate legal oversight responsibility for the nonprofit, Board members aren’t expected to be involved in all day-to-day decisions. Boards can pass resolutions specifying what the President’s (or other senior staff’s) authority is to enter into agreements or to otherwise bind the nonprofit. A nonprofit’s Bylaws also sometimes describe, and thereby limit, the role of the nonprofit’s senior-most staff.

It’s important, however, for the Board to keep abreast of big or risky transactions (such as purchases of real property, investments in unrelated businesses, or c-suite staffing) to ensure the parameters set by the Board are observed. Periodic reviews of the President’s performance should be standard, with a report issued to the full Board and communicated to the President. Among other, broader issues relating to the President’s performance, a periodic review allows the Board to re-evaluate whether the guidelines in the Bylaws and any Board resolutions are appropriate or if they should be clearer about what transactions require Board approval and what authority the President has to act alone.

A lesson for nonprofit leaders is that they should build parameters for their officers into their core policies, officers’ job descriptions, and even occasionally the Bylaws. In addition, the Board should provide ongoing oversight of the senior staff, and the Board must review their performance regularly. This is for the Board’s and the staff’s benefit – whenever roles and authorities are clearly defined, an officer has greater clarity as to whether he or she is effectively carrying out his or her responsibilities effectively, and the Board can more easily and objectively assess an officer’s actions against established performance criteria.

Conflict of Interest can be Managed
Another theme in the recent reporting on Liberty University is conflict of interest (whether actual or apparent). Mr. Falwell Jr. disputed allegations that he or the University acted improperly, while reports and sources in those articles argued that Mr. Falwell Jr. used his position to improperly benefit himself, his family, and his friends. Examples included allegedly directing business to his son, co-investing University assets with a business partner, and issuing University-backed loans to friends.

We don’t know enough facts for certain to determine whether the transactions described were actual conflicts of interest and, further, whether those transactions were inappropriate. Some conflict of interest transactions can be in the best interests of a nonprofit. For instance, imagine a situation in which a nonprofit needs to build a new gymnasium to support its community programs. If the only contractor in town capable of building a gymnasium also happens to sit on the nonprofit’s Board, that doesn’t mean the nonprofit can’t move forward. It just means that the nonprofit’s Board needs to manage the conflict of interest carefully to make sure the contractor doesn’t abuse his position on the board to overcharge for the construction of the gymnasium.

The process of managing a conflict of interest usually includes a few key features. First, a written conflict of interest policy should be approved by the Board. This policy should (i) require that any conflicts, or potential conflicts, be disclosed, (ii) outline how potential conflicts are to be reviewed, and (iii) state in what circumstances alternatives should be sought, and (iv) spell out how the conflict transaction can be approved. The policy should require any conflicted individual to recuse themselves from the discussion and deliberation of the conflict transaction (other than to answer questions asked by the other board members).

Written evidence of the review and approval should be kept on hand. The process creates a record that can be used to rebut accusations of improper benefits. Just as clearly defined roles and responsibilities (discussed above) protect the organization, the board, and the individuals involved, a good conflict of interest policy protects everyone. The individuals who allegedly have a conflict can insulate themselves from later critique; the board can demonstrate it followed a robust and fair process; and the nonprofit can be sure its assets are not improperly used to benefit an insider. Sample conflict of interest policies abound and many states (such as New York) require nonprofits to include certain elements in their policies.

Policies are Helpful
The article on Liberty’s alleged problems also implies that rules that applied to some employees didn’t seem to apply to all. One example was a Liberty University employee, John Gauger, who also ran an online business that was paid by Liberty and on which Mr. Gauger was alleged to have worked while technically being on-the-clock for Liberty. Other instances included allegations that Mr. Falwell Jr.’s wife Becki took part in employment decisions regarding Liberty staff, and that Trey Falwell, the son of Mr. Falwell Jr., was allowed to work with Mr. Gauger, operate a real estate business, and manage properties owned by Liberty, all while serving as a vice president of the University.

There could be legitimate reasons to permit staff to work on outside business during work hours, to outsource staff decisions to experts in HR or bring in real estate experts to manage a vast portfolio of properties. For instance, when a nonprofit seeks to attract talent in a particular industry, the nonprofit may offer flexibility in terms of working time, location, and outside businesses. When it is not able to compete at industry pay scales, the nonprofit may rely on outside professionals if it lacks in-house human resources capabilities. Problems arise, however, when the organization doesn’t have an adequate decision-making process in place, such that decisions appear to be made arbitrarily, or it appears that assets are being used for a private purpose.

Presumably, Liberty University has an employee handbook that addresses issues such as conflict of interest, engaging in outside employment, and grounds for dismissal. Unclear in the Politico article is whether those policies were followed in the course of dealings with Mrs. Falwell, Trey Falwell, or Mr. Gauger. If they were, the Board and the nonprofit should have kept a paper trail to demonstrate that their policies were properly implemented and any exceptions made were justifiable.

Every nonprofit with employees should take the time to re-examine its employment policies to make sure they (1) comply with local, state, and federal law and (2) meet the organization’s needs. If the leadership wants to cultivate an entrepreneurial environment within the organization, it can remove any restrictions on outside activities as long as staff are meeting their responsibilities to the organization. What matters is whether the Board and senior staff have thought about the policies, communicated them to throughout the organization, and implemented the policies fairly. The Board and President should periodically review the policies to ensure they are up to date and being properly applied.

Political Activity
Lastly, the Liberty University story makes a number of references to “political campaign activity” – the oft-underenforced third rail for 501(c)(3) organizations. Liberty University was alleged to have tweeted support of a candidate for federal office, as a “thank you” for making a speech at the University’s convocation. Furthermore, the University’s Chief Information Officer was hired by a presidential candidate to try to increase the candidate’s poll numbers. The University was also alleged to have rearranged its calendar in order to influence local elections.

The IRS definition of 501(c)(3) organization includes a prohibition on political campaign activity. Under the definition, an organization that wants to be exempt from federal income taxation under section 501(c)(3) of the Internal Revenue code cannot “participate in, or intervene in (including the publishing or distributing of statements), any political campaign on behalf of (or in opposition to) any candidate for public office.”

Colleges and universities are uniquely situated, being treated as public spaces (or quasi-public spaces) for First Amendment purposes but with civically-engaged students who crave civic and political engagement. There are many politics-adjacent activities that all 501(c)(3)s, including colleges and universities, can engage in, such as voter registration drives, hosting candidate fora, and overseeing student groups that are expressly political (College Republicans, for example). These activities should be carefully undertaken with the advice of counsel to ensure that the activities stay within the permissible bounds of the organization’s 501(c)(3) exemption.

In Conclusion
Sometimes my clients hate it when I tell them to adopt a conflict of interest policy. They don’t like reviewing their employee handbook. Executive Directors want the freedom to make quick decisions and boards don’t want the hassle of looking over everyone’s shoulder. But as I tell my clients, and as the article on Liberty University bears out, a lack of process can come back to hurt you. Even if the organization reaches the same decision, a good process provides backup for the Board and the organization’s leaders to defend their decisions against critics within and without. And perhaps most importantly, a good process protects the organization so it can focus on achieving its charitable mission.

[1] This post references the version of the Politico Magazine article, ‘Someone’s Gotta Tell the Freakin’ Truth: Jerry Falwell’s Aides Break Their Silence: More than two dozen current and former Liberty University officials describe a culture of fear and self-dealing at the largest Christian college in the world, By BRANDON AMBROSINO, available at http://politico.com/magazine/story/2019/09/09/jerry-falwell-liberty-university-loans-227914 on September 09, 2019