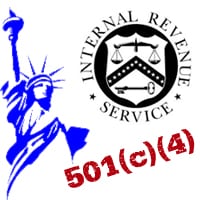 501(c)(3) public charities are in a unique position to successfully advocate for the interests of those in need in our society. Advocacy may be even more impactful during an election year when public policy debates are at the forefront of the national consciousness. However, public charities should be aware of the limits placed on lobbying and political campaign activity by the Internal Revenue Code (“Code”). In certain situations, an organization pursuing ambitious policy objectives may find that establishing an affiliated 501(c)(4) social welfare organization opens up additional  advocacy tools that can lead to an enhanced and more effective strategy.

Advocacy
A public charity can engage in an unlimited amount of advocacy in furtherance of its exempt purposes as long as that advocacy does not constitute lobbying or political campaign activity. This type of unrestricted advocacy may take many forms, including public education, nonpartisan research, and nonpartisan voter education, and can lay the groundwork for future lobbying activity.

Lobbying
What is Lobbying?
The Code recognizes two types of lobbying – direct lobbying and grassroots lobbying. In order for advocacy to be considered direct or grassroots lobbying, the communication must reflect the organization’s view on specific legislation.  “Legislation,” in this context, includes action by Congress, a state legislature, local council or similar governing body, and the general public in a referendum, initiative, constitutional amendment, or similar procedure. It generally does not include action by an executive branch of government or independent regulatory agencies.

The limitations placed on public charity lobbying and political campaign activity may not allow a charity to engage in the level of advocacy necessary to achieve a desired policy outcome.  One option in this instance is to establish a 501(c)(4) social welfare organization. Contributions to a 501(c)(4) are not deductible as charitable contributions, but 501(c)(4)s may engage in an unlimited amount of lobbying as long as the issues relate to the exempt purpose of the organization. In addition, 501(c)(4) organizations may engage in limited political campaign activities, subject to campaign finance laws, as long as these activities are not its primary activity. Charities should consider the operational and strategic implications of this decision, including:

Below are a few more considerations for public charities that plan to establish an affiliated 501(c)(4) organization.

Legal Separation
The 501(c)(4) must be a separate legal entity from the 501(c)(3). Usually, 501(c)(4) organizations are established as corporations under state law and, as such, are required to observe corporate formalities. The two organizations should maintain their own books and records, bank accounts, mailing addresses, and file their own tax returns and applications for tax-exempt status.

The board of directors of the 501(c)(4) organization must operate independently from the 501(c)(3), including holding distinct meetings. The 501(c)(3) and 501(c)(4) may have board members in common. If the boards completely overlap, careful attention must be paid to keep meetings and decisions separate so that it is clear which board is acting at a given moment. Even with careful recordkeeping, there are reasons to keep board overlap to a minority of the board. Minority overlap will allow the disinterested majority of the board of each entity to approve financial transactions (e.g., grants or loans) between the entities and protect the interests and separate existence of both entities. Further, if the 501(c)(4) will engage in any political campaign activity, it is often advisable to increase the separation between the two entities to reduce the risk that any political activity of the (c)(4) may be attributed to the 501(c)(3).

Financial Separation
A 501(c)(3) must not subsidize the day-to-day operations of an affiliated 501(c)(4). If the two entities will share office space, equipment, and/or staff, the (c)(4) must pay its share of the cost. Typically, this arrangement is memorialized in a written cost-sharing agreement.

Shared employees should keep written time records in order to support allocation of salary between the two organizations. This is critical if the (c)(4) will engage in political campaign activity since the (c)(3) may not directly or indirectly support the political activity of the (c)(4).

As in the case with employee time, the (c)(4) should pay its fair share for any office space or equipment used so that the (c)(3) is not subsidizing the (c)(4)’s activities. The (c)(4) might sublease office space from the (c)(3) at fair market value, pay its share of the rent to the landlord directly, or even pay the full amount of rent and allow the (c)(3) to occupy the space free of charge.

Operational Separation
The charity may not control or give the appearance that it controls the everyday activities of the (c)(4). The (c)(3)’s and (c)(4)’s purposes may align, but each organization should maintain and document its own levels of authority and responsibility in day-to-day operations. Set up good legal compliance systems from the beginning and train staff so they know these systems and can make sure they function effectively.

There are a number of other considerations when establishing an affiliated 501(c)(4) organization, including issues related to applying for tax-exempt status, startup costs, joint fundraising, grants or loans between the organizations, and whether the two entities can share other resources, such as donor lists or a website.  To navigate these issues, it is helpful to seek qualified counsel.