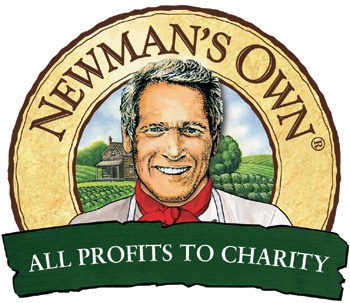 On February 9, 2018, President Trump signed into law the Philanthropic Enterprise Act of 2017 as part of the Bipartisan Budget Act of 2018. The new law allows private foundations to own 100% of a business under certain conditions. The bill was championed by Newman’s Own Foundation, which owns 100% of No Limit, LLC, the for-profit company that produces and sells the Newman’s Own-branded line of food products. The new law allows the foundation to maintain 100% ownership of No Limit, assuring that all profits of the company will continue to go to charity.

Foundations that acquire more than 20% of a company normally have a five-year deadline to sell their excess holdings before the penalties apply. Newman’s Own originally faced that deadline in 2013 but was able to get a five-year extension that would have expired this year. The passage of the new law relieves Newman’s Own from the requirement that it divest itself of No Limit, meaning it can continue operating as it always has without interruption.

New law, new rules
The new law, Section 4943(g) of the Internal Revenue Code, permits a private foundation to own 100% of a company under the following conditions:

One way to adopt this model is to have the founder or the shareholders donate their shares to a foundation. They get a tax deduction for the value of their shares, but no buy-out. Since this is a gift, not a purchase, donating the shares satisfies the requirements of the new rule. The donations can happen anytime or even over time, but the new rule does not apply until 100% of the shares have been transferred to the foundation.

Under the new law, a total separation of the two entities is not required. The for-profit company will continue to be governed by its own board and managed by its own managers, with appropriate separation from the foundation. The new law permits the foundation, as the sole shareholder, to appoint the board, and the foundation may also hold other rights, depending on the jurisdiction where it was formed. For example, in many states, a sole shareholder has the right to inspect the books and records of the company and to sue the directors for breach of fiduciary duty (including the duty to pursue a social mission, if the company is a benefit corporation.) The shareholder may also reserve to itself the right to approve mergers, sales of assets, dissolutions, and to veto other fundamental decisions.

Profits of the business will be up-streamed to the foundation in the form of after-tax corporate dividends or, in the case of a pass-through LLC, as partnership distributions, in which case the tax on unrelated business income may apply.

We are sure to see a growing number of private foundations take ownership of profitable businesses as a result of this new law. It also offers another option for founders of mission-oriented companies who want a philanthropic exit that locks mission into the company on a permanent basis.

If you are a social entrepreneur or impact investor and want to know more about this new law and how it might affect you, contact Allen Bromberger, allen@nullperlmanandperlman.com

2 comments on “Newman’s Owns Gets a New Life”