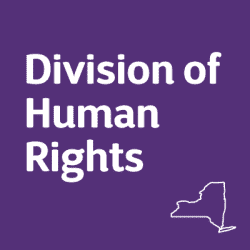 New York is the second State (after California) to adopt this prohibition, and follows behind New York City which has already adopted this prohibition under New York City’s Human Rights Law (NYCHRL) with respect to New York City employers.  In February 2019, New York City’s Commission on Human Rights issued guidance on unlawful workplace race discrimination based on natural hair texture and hairstyles protections and employee rights under the NYCHRL (as well as guidance on other covered entities like public, private and charter schools and places of public accommodation).  The guidance–while directed to NYCHRL’s requirements–may be useful to New York employers outside of New York City as well in view of New York State’s recent amendment to its own Human Rights Law.

NYCHRL prohibits employers and other covered entities from having policies prohibiting hairstyles associated with a particular racial, ethnic, or cultural group.  Black hairstyles are protected racial characteristics under the NYCHRL because they are an inherent part of Black identity.   The guidance explains that “there is a strong, commonly-known racial association between Black people and hair styled into twists, braids, cornrows, Afros, Bantu knots, fades, and/or locs.”  The legal enforcement guidance–while focused on Black communities– extends protections to other impacted groups including but not limited to those who identify as Latin-x/a/o, Indo-Caribbean, or Native American.   The NYC guidance notes that unlawful discrimination based on race may occur where employers ban or require the alteration of natural hair or hairstyles associated with Black people, harass a Black employee because of their hair, or target natural hair or hairstyles associated with Black people. For example, a grooming policy to maintain a “neat and orderly” appearance that prohibits locs or cornrows is discriminatory against Black people. Where an employer has a legitimate health or safety concern, it must consider alternative ways to meet that concern before imposing a ban or restriction on employees’ hairstyles.

Employers throughout New York State should review and update their appearance and grooming policies and train managers to ensure they comply with this legal development.

If you have questions about the law’s requirements, please contact Lisa Brauner, Esq., Head of Perlman & Perlman LLP’s Employment Law Department at lisa@nullperlmanandperlman.com or 212-889-0575.