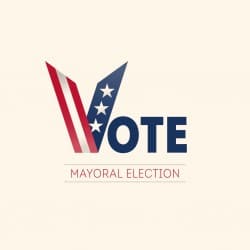 In New York City, the race for mayor is heating up. While the field is large, it is starting to whittle down, but voters will want to learn more about the issues and candidates. Nonprofits throughout the city have a lot at stake in the mayoral race and many are eager to get involved as much as they can. It’s important, however, to remember that nonprofits are subject to special rules about what they can and cannot do in politics. While we have written on the topic before, we thought it would be helpful to remind nonprofits how they can and cannot get involved in the upcoming election.

The Basics
For purposes of this post, by “nonprofit” we mean a public charity exempt under § 501(c)(3) of the Internal Revenue Code, the most common type of nonprofit. Eligible to receive tax-deductible donations, 501(c)(3)s are prohibited from engaging in political campaign activity. Donations to political campaigns and committees are prohibited, whether monetary or in-kind (based on federal and local law). The rules apply at the primary stage of the campaign as well as the general election – wherever this piece or other guidance refers to different political parties, the guidance is really the same for the primary, and should be interpreted to refer to the various candidates.

Just because nonprofits cannot engage in political campaign activity doesn’t mean they can’t get involved in elections at all. Nonprofits, even 501(c)(3)s, can partake in voter education activities and voter mobilization, assuming both are conducted in a nonpartisan manner.  We’ve gone into greater detail, below, but the basic question nonprofits should ask themselves when considering whether an activity is permissible is – is this designed to help (or hurt) a particular candidate? If the answer is “no”, then the activity may be allowed.

Nonprofit Leaders
Nonprofit leaders tend to be leaders in their communities as well as leaders of their organizations. As such, their opinions and endorsements hold extra weight. While nonprofits themselves may be subject to restrictions (or outright prohibitions) on their ability to endorse a candidate, nonprofit leaders have a First Amendment right to speak their mind on the politics of the day, provided that the leaders are speaking in their personal capacities and not on behalf of their nonprofits.

Nonprofits
Further below we provide a list of activities that 501(c)(3)s may and may not engage in. The most popular activities in the run up to a high-profile election are generally candidate fora and voter education activities.

While public charities can host a candidate forum, the structure of the forum is important to ensure the nonprofit preserves its tax-exemption. The forum should be carefully thought through, from the selection of the moderator, the invitations to the candidates, the composition of the audience, and the questions that are asked of the candidates. With such a large field of candidates, nonprofits will have to make decisions about who to invite and how much time each candidate is allotted. It’s important to ensure that candidates are given comparable opportunities to voice their positions and respond to questions.

Some nonprofits also like to put together educational materials to distribute to their stakeholders. While this is permissible as well, it has to be done in a nonpartisan way to avoid violating federal, state, and city rules. Everything from the topics that are profiled and how candidates’ positions are communicated to voters has to be done carefully, and nonprofits should consult with counsel.

Other Types of Nonprofits
Other types of nonprofits (501(c)(4)s, 501(c)(6)s, etc.) do not face the same federal prohibitions on political campaign activity and therefore have more freedom to make statements about candidates and campaigns. However, NYC has strict campaign finance rules that prohibit contributions from corporate entities, meaning that nonprofits cannot donate (either cash or in-kind services) to a candidate’s campaign. While political action committees (PACs) may make certain donations and expenditures, a PAC cannot circumvent the prohibition on corporate donations by accepting a nonprofit’s money and then sending it on to the candidate. Campaign finance issues are closely monitored by the NYC Campaign Finance Board and any nonprofit that is considering creating a PAC or otherwise participating in political activity should consult with counsel before entering into the political fray.

What 501(c)(3)s Can and Cannot Do
Nonprofits are allowed to engage in non-partisan activities in the run-up to an election, such as voter registration drives or education around a particular issue – see our list below for a breakdown of specific activities that a 501(c)(3) can engage in. In addition, a 501(c)(3) is allowed to engage in lobbying (attempting to influence legislation) so long as the lobbying activity does not constitute a “substantial” part of its activities. Of course, “substantial” is a fuzzy term, so the IRS allows most nonprofits (but not churches) to set a monetary limit to their lobbying activity (called a 501(h) election) below which no tax penalties will be assessed, so that nonprofits have some certainty when their lobbying activities will trigger tax consequences. In addition, if a nonprofit focuses on lobbying around issues that are highly salient to the campaign, the lobbying may be considered by IRS as political campaign intervention. The IRS has given some guidance on the factors it considers when deciding if issue-advocacy may be considered political campaign intervention (see the section titled “Issue Advocacy vs. Political Campaign Intervention” and example 14).

What 501(c)(3) Organizations CANNOT Do
To maintain 501(c)(3) tax exempt status, organizations may not undertake the following activities:

These restrictions do not in any way prohibit officers, members, or employees from participating in a political campaign as private citizens, assuming those individuals ensure their actions or statements are not attributed to the organization.

If you are in any doubt regarding whether your organization’s activities might risk revocation of tax-exempt status, be sure to reach out to a lawyer with knowledge of the non-profit sector for specific advice.