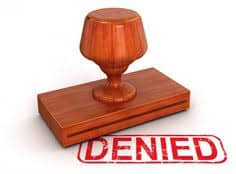 This quarter, the IRS released the latest in a series of tax-exemption denials based on the presence of too much commercial activity by a charity applying for 501(c)(3) status. However, unlike other rulings regarding “commercial charities,” which have generally denied or revoked exemption where private benefit is found, this month’s denial (Denial 201641025) is based on the mere presence of a substantial commercial purpose.

In the latest denial, the charity applicant was formed to promote local agricultural products within the restaurant and hospitality industry by establishing and operating food hubs across the state. Its clientele consisted primarily of farmers, restaurants, and retailers. In its ruling, the IRS said the applicant did not qualify for exemption under Section 501(c)(3) of the Internal Revenue Code because it was not operating exclusively for charitable purposes. Quoting a revenue ruling from 1972, the IRS said that “an organization is not exempt merely because its operations are not conducted for the purpose of producing a profit.” Stating that the services, in this case, were provided at cost and solely for exempt organizations “is not sufficient to characterize this activity as charitable within the meaning of Section 501(c)(3).” The IRS concluded that more than an insubstantial part of the applicant’s activities was devoted to a non-exempt (i.e., commercial) purpose, and was therefore not organized exclusively for charitable, educational or religious activities within the meaning of Section 501(c)(3) of the Code.

In other words, according to the IRS, you can be charitable, or commercial, but not both. However, there is a growing segment of the charitable sector actively engaged in revenue-generating activities without any problems.

The primary conflict resides in how the IRS defines “commercial” and how the commercial facets of the organization are utilized. Whether the activity is a “trade or business ordinarily carried on for profit” dictates its status (B.S.W. Group, Inc. v. Commissioner, 70 T.C. 352 (1978). Another factor is whether the activity competes with other for-profit businesses and if it does, is it distinguishable from those other commercial entities?

In Denial 201641027, another tax-exemption denial based on the presence of too much commercial activity by a charity, the IRS decided that a group organized to assist community residents to gain access to quality patient care was commercial, not charitable. This despite the fact that such efforts have generally been granted exemption in the past, and there is a series of revenue rulings upholding such exemption. The IRS did not explain why they thought this case was different.

The IRS’s hostility to nonprofit commercial activity inhibits charities that want to deliver good works using a commercial model. In the last year alone, the IRS has handed down denials to groups that operated a public market (to ensure the availability of fresh, healthy food in the community); a record label (to provide at-risk youth the resources to intern in the entertainment industry); a farmer’s market (to contribute to the sustainability and development of markets that make fresh and healthy foods available to all people); and selling laptop computers (above cost but below market) to students to further educational objectives. These rulings have been based primarily on a determination that the charities were using commercial means to accomplish admittedly charitable and educational ends.

In issuing these rulings, the IRS appears to be resurrecting the obsolete, discredited “commerciality doctrine,” which says that a nonprofit cannot be charitable if it engages in activities which are primarily commercial, even if the activity benefits only the general public or a charitable class. The commerciality doctrine was abandoned years ago because it stifled innovation and did not reflect changes that were happening in the philanthropic sector. If unchecked, the doctrine would threaten the exemption of community health centers, university bookstores, the NCAA, technical assistance groups, and any other charity that competes with private business or relies primarily on earned income to sustain itself. Quite simply, the doctrine is outmoded and is bad tax policy, hence its abandonment.

We’ll be writing more about private benefit and commerciality for nonprofits and hybrids in the next few months. Stay tuned as the story develops.