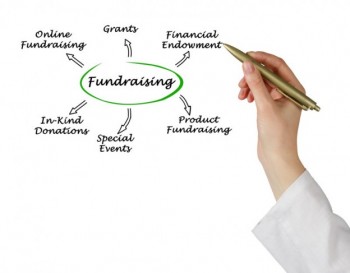 On March 21st, the Federal Trade Commission (FTC) and the National Association of State Charities Officials (NASCO) hosted “Give and Take: Consumers, Contributions and Charity,” a conference exploring the intersection between consumer protection issues and charitable solicitations, with a focus on new and evolving fundraising practices. This event brought together leading stakeholders, including regulators, researchers, practitioners, charity watchdogs, donor advocates, and members of the nonprofit sector.

Senior Partner, Seth Perlman, and I were fortunate to be able to attend the conference and hear about the latest trends in charitable fundraising. Art Taylor, CEO of the Better Business Bureau’s Wise Giving Alliance, summed up the primary theme of the conference well: “In 30 years, I have never been to a conference where change was more central to the conversation.”

State regulators began the conference with a review of recent regulatory enforcement actions. These actions primarily concerned allegedly false or misleading charitable solicitations made directly by charities, or through their commercial fundraisers. New York Senior Assistant Attorney General Karin Kunstler Goldman noted that governance failures are the second most frequent area of enforcement. A number of the fundraising-related enforcement actions involved statements made to prospective donors that donations would be used for specified purposes that failed to be realized. In one typical case, the charity or fundraiser pledged that donated funds would be used to assist individuals in need in the donor’s community but ended up being applied elsewhere. Another example was a promise that donations would fund medical research but instead were used to cover distribution of in-kind donated goods.

FTC attorney Tracy Thorleifson, acknowledged that because the Commission is empowered to prevent corporations from “unfair or deceptive acts or practices,” its regulatory jurisdiction over charitable solicitation activities is limited to entities that are “organized to carry on business for [their] own profit or that of [their] members.” On that basis, the FTC’s regulatory scope covers a broad array of for-profit companies whose business involves charitable fundraising activities (e.g., businesses engaged in cause marketing, telemarketers, direct mail companies, and technology companies that create fundraising software and tools), and typically does not cover charitable organizations and their normal charitable solicitation activities. As recently seen in the FTC and multi-state action against Cancer Fund of America though, the Commission has extended its reach to cover charitable organizations that it believes are primarily operated to financially benefit key insiders or businesses.

In reflecting on the history of the First Amendment in charitable solicitation regulation, Professor David Vladeck of Georgetown University School of Law noted that the Supreme Court has repeatedly reaffirmed that it is unconstitutional for states to compel charities (or their fundraisers) to disclose, at the point of solicitation, the percentage of donations to be paid to fundraisers, or to impose percentage-based restrictions as a pre-requisite to soliciting funds in a state. On the other hand, he noted that states are permitted to require fundraisers to disclose information regarding fundraising expenses when asked. The Supreme Court has also affirmed that states can enforce their charitable solicitation laws, which prohibit the making of false statements (which are not protected by the First Amendment) in charitable solicitations.

Other speakers described new technologies that are being used to give nonprofit supporters a unique way to experience a charity’s mission, including through the use of augmented or virtual reality. Rachel Hatch of the Institute for the Future previewed what she projects the future may look like in ten years, identifying a movement towards “personal economies” as a major trend. Individuals generate charitable revenue through various online activities, including advertising revenue or content access fees generated by large online audiences watching content they’ve produced. She asked regulators to consider how they might regulate fundraising in a world where the focus of a fundraising-related endeavor is no longer on the nonprofit beneficiary, but on the content creators who ask their followers to support a charitable cause.

In discussions related to the evolving forms of fundraising, few incidents of fraud were brought up. One example noted, though, was an online personal cause crowdfunding campaign that raised $9,350 following the Boston Marathon bombing. The campaign creator pled guilty to falsifying facts regarding her injuries on the day of the bombing and spent a year in prison.

A number of conference panelists remarked on the rapid growth of online fundraising and crowdfunding platforms. A number of interesting points were made, including the following:

At the end of the day, we listened to conversations between leaders from charity watchdogs and the sector on best practices for educating donors. Guidestar CEO Jacob Harold made an open plea to charity regulators not to further perpetuate the “overhead myth” in their donor education efforts. He acknowledged that while it may be appropriate for regulators to consider overhead ratios as part of their overall investigatory efforts, such numbers do not meaningfully represent the effectiveness of a charity in carrying out its mission. He cautioned that such percentages should not be promoted as a key indicator of an effective charitable beneficiary.

There was apparent consensus affirming the distinct role that charity regulators play, to prevent fraudulent solicitations and enforce charitable fundraising laws, from that of charity watchdogs and nonprofit associations such as Independent Sector, which promote best practices and good standards of conduct for charitable organizations.

Here are two of my personal take-aways from the conference:

As I’ve mentioned in a prior blog post, where regulation of traditional fundraising methods has historically emphasized compliance with statutory disclosures (e.g., paid solicitors must disclose their paid status at the point of solicitation), this disclosure concept is often communicated under the notion of “transparency” when considering new technology-driven fundraising methods.

Traditional methods like direct mail, which continue to have a strong history of success and ROI, are not going away, but donor giving through the use of new technologies is particularly important for engaging millennials, as well as for broadening an organization’s geographic reach. Companies at the intersection of technology and cause are a critical force in the development of new, innovative tools to exponentially grow charitable fundraising efforts. They should also take advantage of the significant data accessible to them to develop technology features to detect potentially fraudulent solicitation efforts, and develop policies and procedures for addressing such risks when they arise.

Companies and charities actively involved in charitable fundraising or in developing or using new platforms and tools for fundraising must be cognizant of the complex multi-state, multi-agency regulatory framework that applies to charitable solicitation activities as they push the boundaries of innovation. As noted by Andrew Watt, former CEO of the Association of Fundraising Professionals, “regulation works best when the effort is conducted collaboratively with the regulated.” This conversation on the evolving world of charitable fundraising will continue at the Fall NASCO conference in DC. Perhaps we’ll see you there!