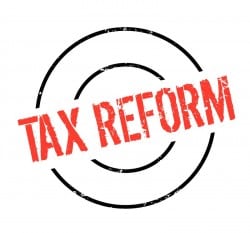 On July 24, 2018, the House Ways and Means Committee released its framework for legislation relating to the Tax Cuts and Jobs Act of 2017. Dubbed “Tax Reform 2.0” the House plan would build on TCJA by accomplishing four main objectives:

The committee’s framework is long on vision but provides no details on how these objectives will be accomplished. If legislation promulgating these objectives passes, it could affect social enterprise, which is the use of commercial and business strategies to address social problems (using nonprofit or for-profit legal entities or a combination of both). The effects may come in several ways.

In addition, because nonprofits will have fewer resources available to them, the role of for-profit social enterprises relative to non-profit ventures can be expected to grow, since both the opportunity and need for these ventures will increase, but the ability of non-profit ventures to fill the gap will be impaired. This shift in roles will have the effect of moving more social and environmental activity out of the non-profit sector and into the for-profit sector over time. It may also lead to more innovation in non-profit cooperation with for-profit companies, and new opportunities for nonprofits to leverage their programs and expertise in the commercial or for-profit world. We can expect this to increase, for example, in areas such as health care, education, tourism, real estate development, workplace health and safety, alternative energy production and distribution, and other areas where positive social and environmental impacts translate into commercial opportunity.

One other side effect of this change may be to give for-profit social ventures a relative advantage in the marketplace compared to non-profit social ventures. This outcome is because non-profit ventures can take tax-deductible contributions, but they cannot issue shares and their ability to pay a return on capital is limited, making it difficult for them to raise working or growth capital. For-profit ventures, on the other hand, cannot accept tax-deductible contributions, but they can issue shares and can pay unlimited returns to investors. Their structure gives them access to equity capital to finance start-up, expansion, and other things that growing companies need, whereas non-profit ventures will not have access to these resources. This policy, in turn, may lead to an increase in nonprofits creating for-profit subsidiaries and joint ventures to finance their commercial and revenue-generating activities, using invested capital rather than donated capital (philanthropy.) It will also encourage greater innovation in how non-profit, for-profit collaborative ventures are carried out. As above, the devil will be in the details, which are not yet available.

Practitioners are eagerly awaiting more detail on the Committee’s proposals. The Committee has said that they hope to introduce a bill may in the next few weeks, with the goal of having something passed  — at least by the House — in September or October 2018. That may be optimistic, and the Senate has yet to weigh in on these proposals, so we will continue to watch developments in this area with interest.