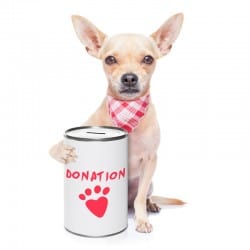 Twenty-five states require fundraising counsel to register prior to providing services. The state’s interest is to protect charitable assets for their intended use and to ensure that donations contributed by state residents are not misapplied through fraud or other means.

Who Qualifies as a Fundraising Counsel?

A fundraising counsel (“FRC”) is generally a person or entity paid to plan, manage, advise, counsel, consult, or prepare materials for, or with respect to, a charitable solicitation. A fundraising counsel does not solicit contributions or have custody of solicited funds.  Most often, an FRC is paid a fixed fee or rate rather than a percentage of contributions collected. Consultants providing services that fit within the definition of a fundraising counsel, but who also solicit contributions, have custody of funds, or are compensated on a percentage basis may be considered “professional fundraisers” under some state laws. Professional fundraisers are subject to greater regulatory obligations, including obtaining bonds and filing detailed reports after each solicitation campaign.

Typically, an FRC provides strategic planning services with the goal of improving a charity’s fundraising activities in order to increase donations. States define “fundraising counsel” broadly, however, and thus FRC services include a variety of activities, such as the following:

Where Do Fundraising Counsels Need To Register?

In addition to the registration requirements, state charitable solicitation statutes require that contracts between a charity and a fundraising counsel include certain provisions. Common contract provisions required by state statute including the following:

The services fundraising counsel provide can be of great value to nonprofit organizations. Understanding the regulatory framework governing fundraising counsels will help you avoid missteps that can lead to actions by state regulators, including fines and penalties. It is incumbent on both the fundraising counsel and its charity clients to take the steps that ensure compliance under state charitable solicitation laws seriously. If in doubt, it’s always a good idea to seek counsel.